The relentless overnight fog which plagued Christchurch on Friday night and Saturday morning has affected the visiting contingent for next Saturday’s Harness Jewels.

Three of the six Australian invitees landed in Auckland on Saturday night but were unable to continue on to Christchurch as planned. 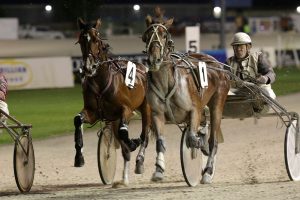 A further two Aussie hopes, plus three northern runners were also grounded, including the second favourite for the 3YO Ruby, Tickle Me Pink.

It is a setback of at least 48 hours for the horses with the next flight due to depart Auckland in the early hours of Tuesday morning.

Another three northern horses are due to fly on Tuesday morning, bringing the total to 11 currently in a state of flux.

Richard Cole is a part-owner of IRT, the shipping agents charged with delivering the horses to the Jewels which, coincidentally, they are the naming-rights sponsor for.

He points out that a number of factors out of the company’s hands prevented the flight from leaving Auckland this morning, or on any flight where fog is a possibility in Christchurch.

“The horses simply can’t go with the threat of fog, because the plane would divert to Sydney, and then it becomes a major red-tape issue.

“Our hands are tied and we are completely at the mercy of the weather, unfortunately.

“The ultimate decision lies with the flight captain whether to allow horses on the flight.”

Christchurch Airport lacks a key piece of radar software that would allow planes to land in foggy conditions, said Cole.

“It doesn’t have a fog detection system; if they did, planes could be guided in.

“There has been talk for a long time about it happening, but it never has.”

Cole confirmed that if the horses aren’t permitted to fly on Tuesday morning, every other morning until Saturday is an option.

“What we need is rain.

“Generally, when rain arrives, that reduces the possibility of fog.”

Sydney trainer Shane Tritton arrived in Auckland with Falcon Stride and Petes Big Jim on Saturday and says the disruptions to their preparations aren’t ideal. 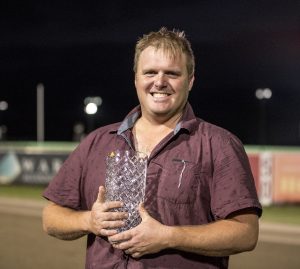 “Obviously, the hardest part is you’d like to get them settled in and fast-worked Tuesday and Thursday.

“If we’d been able to land this morning, it would allow them to settle in and build their preparation in Christchurch throughout the week.

“This makes it a little more difficult as they’re probably going to have to do a bit of fast work tomorrow instead.”

Tritton is an experienced traveler, especially to New Zealand and says it’s nothing he can’t overcome.

“You have your highs and your lows when you travel.

“It’s in the hands of the gods and I’m sure we will get there.”

Tritton’s pair, plus Chris Frisby’s mare Major Occasion, and Anton Golino’s trotters Majestic Player and All Cashed Up, are all based at Tony Herlihy’s property near Auckland Airport for the time being.

“We opted to come here when we landed, because it was going to be a four-hour wait regardless, and on the off chance there was fog in Christchurch, it made sense to have them already settled.

“Tony’s in the same boat as us as he’s waiting with Tickle Me Pink, but at least she hasn’t had to leave home yet.”

Golino could not be reached for comment on Sunday, but Harness Racing New Zealand’s Racing Manager, Darrin Williams, said the delay had not sat well with the highly-regarded Victorian trainer.

“Anton is considering his options with his two horses now, regarding starting them in the Jewels.

“He was discussing that with their owner, Pat Driscoll, and getting back to me, but it seemed like a 50-50 call when I spoke to them.”

The fog has caused mayhem in Christchurch the last few days – Addington’s race meeting was called off halfway through the card because of it and the following morning at the same track, the Jewels trials were run in a blanket of it as well.

Even in one of the worst-case scenarios that the horses don’t land in Christchurch until Friday or even Saturday morning, it’s not insurmountable.

Two years ago, after a week of flight delays, champion mare The Orange Agent landed in Christchurch on the morning of the Group 1 New Zealand Breeders Stakes, which she went on to win comfortably.

Back in November, Temporale arrived in Christchurch the morning of the Dominion Handicap. On the same flight was the galloper Media Sensation, which won the 1000 Guineas at Riccarton the next day.

And in 1998, a contingent of New Zealand pacers got a police escort from the airport straight to Moonee Valley after repeated flight delays.

Among the cargo that day were Pride Of Petite, Brabham, Holmes D G and Lord Lester, all four of which went out and won on the night.

The six local horses waiting on a flight with the Australians are Tickle Me Pink, Baquero, In The Shadows, About Turn, Tiger Swift and Tricky Ric.

Additional Note: The Shane and Lauren Tritton pair, and Chris Frisby’s Major Occasion, are booked to stay at the Overport Lodge stables of Mark Jones.